철학자와 악처
기한 없음
암스테르담 모험가조합
A request from an aristocrat: Find information on the Greek philosopher Socrates. They say his wife was a shrew, but is there any actual proof? This is apparently just an effort to settle a bet between friends... Ask a scholar, i suppose.
343,000
20,000

1. What makes a terrible wife？
You're talking about Xanthippe, Socrates's wife... You can find details about her bad temper written by his apprentice. I think it's important to think about how they felt about one another. What may look like pointless anger could have been what the other wanted.

2. Twilight of Xanthippe
Xanthippe was always angry at Socrated. Her anger only intensified towards him when he would remain unresponsive while she talked on and on. Xanthippe once poured water over her husband's head. It is said that an unflinching Socrates responded, "It is only natural for rain to follow lightning."

3. Standpoint of a woman
My, it's hard to imagine such a woman existed back then! I can sympathize with her though. I would be pretty upset if my husband didn't do anything and always gave vague answers to my questions. I have to admit though, the philosopher who doesn't lose his temper after being treated like that is impressive.

4. Go to Napoli
Ha ha ha! In any day and age, it's the man who dreams and the woman who lives in reality. You should go to Naples. There was apparently a phiolosopher in Naples who wrote and kept a lot of documents on philosophy. You might find what you're looking for there.

6. A good wife who was made into a bad one?
Although he speak about her with a lot of irony, Socrates didn't dislike Xanthippe. He must have been grateful to her for looking after the family while he completely abandoned his job as a mason and indulged himself in debates.

7. To know Xanthippe
Women can be moody and rowdy but they're really cute when they've got a sad look or when they're in trouble. My own mother in the past was like that... You're saying this Xanthippe woman never shed a tear nor showed any signs of weakness? Did you check to see if stories about her exist where that philosopher's from?

8. Death of Socrates
Socrates continued to converse with intellectuals, never straying from what he believed in. This was interpreted wrongly and he was put to death by trial. He had the chance to be acquitted but he didn't pursue it. His wife approached him weeping while nursing their baby and said, "you are about to be put to death unjustly, dear."

9. Proof of being a good wife
That philosopher drank poison and killed himself, right? No kidding she cried! I think his wife really understood and cared for him despite the way she acted. She probably took good care of all of his belongings after he died.

10. Find the poisoned wine glass
If you read what is written, it is very clear that Xanthippe was a harsh person. However, we do cannot accept this as the complete truth. We may find evidence that she was a loving, caring wife if we search the outskirs west of Athens. 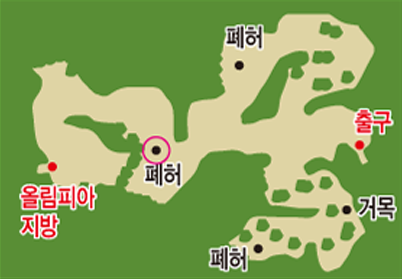