잘 다녀왔다고 말할 수 있을 때 까지
기한 없음
베네치아 해양조합
We got a request from a nun here to investigate about her sister. Meet her in person to get all the details.
You're sure to find her if you go to the church.
5000
0

Sister
I have a sister named Susanna. She left home a long time ago, but
recently I've heard some bad rumours about her in the town. I'm
worried now because I never heard rumours like that before. That's
why I asked for your help. Could you find out how my sister is doing now?

Lower-Class Noble
Ah, that girl there? She was very together when she was younger.
She said she would be alright on her own and left this town.
But recently I heard she'd suffered a serious injury in a war in the
seas near here. I hope she's OK...

Merchant (in square)
I don't know if it's the same girl, but a woman with a serious injury
came to town the other day. It seems she was really shaken up and
doesn't want to fight any more. She wasn't just physically injured.

Resident (by fountain)
At the beginning, she was never really strong enough to go to
battle.
She never put up with any nonsense when she was little, and that's
how she turned out. She was always aware of what was going on
around her.

Barkeep
Oh, Susanna... Yes, of course I know her. Actually, she's back in
town now. I'm sheltering her.
But she says she's too ashamed to meet anyone now. It would be
nice if there was someone who could persuade her...

Sister
Too ashamed to meet anyone? That's ridiculous! But that sounds
just like my sister. She hasn't changed at all.
If you see her, tell her that she can come home any time. I'm
waiting for her. Please send my love to her.

I see. She can come home any time? Thank you for letting me
know. But Susanna can be quite stubborn. But that seems to have
boosted her morale. Could you work as her steward for a while?
Just until she gets back on her feet.

Susanna has suffered a battle injury and lost her confidence.
Let's work as her steward until she recovers. 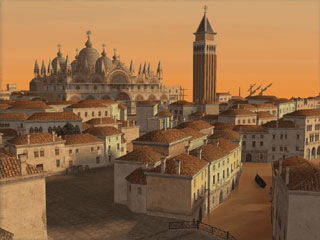