금빛의 생물
기한 없음
세비야 모험가조합
I heard you were looking into poisonous frogs in the Caribbean. A scholar in town caught wind of that and wants you to go find a frog in Eastern Africa. Talk to him directly for details.
365000
50000

1. Frog of Madagascar island
A poisonous frog apparently lives on the island of Madagascar, to the east of Africa. However, other than its colour, it apparently looks just like the frog that you investigated in the Caribbean. I would like you to investigate that frog. If you go to the Cape, you might be able to find some useful information

2. A certain adventurer
You came all the way from Europe to look for a frog?? ...Well... I hear that Adventurers are very curious. You must be curious too then. ..It was a long time ago, but there was one Adventurer who came to here to look for the frog of Madagascar. Arideth, do you remember who that was?

3. A shining golden frog
I remember. I was still young back then... My heart skipped a beat at the sight of that handsome Adventurer. He stopped here after studying about that frog and told us about it. He said there is a brilliant gold frog on that island. But...

4. Not all that
...that the frog is poisonous, and it touched his hand while he was studying it. But he seemed healthy when we spoke to him, so it doesn't seem to be strong poison. I bet that's the same frog you're after?

5. To Tamatave
You are going to study about a frog? If that's the case you should go to the town of Tamatave on Madagascar. You might learn something more there.

6. Shining colour of warning
Yeah. Brilliant yellow frogs live on this island. It is not easily missed due to it bright colour, but if you touch it. I wonder if that colour might be a warning.

7. To the interior of the island
Ohms you're after a different poisonous frog? Let me teach you a little tip. You should ask a sailor in this town about where it lives exactly. I hope your search goes well.

8. Habitat of the shining frog
A golden frog? Oh yes, it lives on the west side of the island. ...Your aren't going to catch one, are you? That will be difficult. It is small and hard to see, but more importantly, it's poisonous! Well, I'm not saying you should give up... 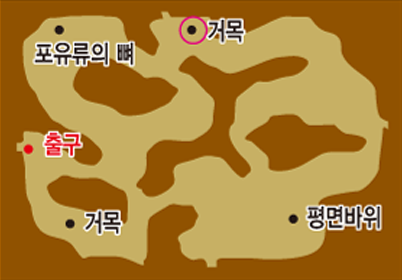